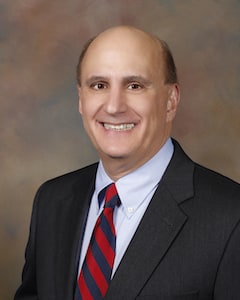 Attorney James M. Rubino has practiced law in Stamford, Connecticut for the past thirty-two years in the areas of Taxation, Wills, Probate, Trusts and Estates, Probate Litigation, Decedent’s Estates, Estate Planning, Elder Law, Business Organizations, Business Law, Real Estate Transactions and Landlord Tenant Law. He was admitted to practice in Connecticut in 1982 and Federal District Court (District of Connecticut) and United States Tax Court in 1983. Attorney Rubino graduated from Fairfield University with a B.S. in Accounting in 1978. Prior to entering law school he worked in the financial district of New York City as a margin clerk for the worldwide investment firm Paine Webber Jackson and Curtis. While working at that investment firm he studied at New York Institute of Finance and passed the Series 7 exam, receiving his license as a stockbroker. Attorney Rubino left Paine Webber in 1979 to study law full time. He graduated University of Bridgeport School of Law (Summa Cum Laude) in 1982, ranked first in his graduating class and was admitted to the Phi Kappa Phi honor society. He also earned his Masters in Legal Letters (LL.M.) in taxation from New York University School of Law in 1987. While in law school, he earned the Distinguished Scholastic Performance Award, given to the top ranked student in his class as well as awards for outstanding achievement in the area of business organizations, uniform commercial code (business law) and the American Bar Association Award in State and Local Government law. He served as Managing Editor of the University of Bridgeport Law Review and authored “The one man professional corporation under fire.” 2 University of Bridgeport Law Review 115 (1982) He is a member of the Fairfield County Bar Association and the Connecticut Bar Association where he is a member of the Estates and Probate committee and Taxation committee. He is often appointed as attorney or guardian ad litem by the Stamford Probate Court in complex cases involving decedent’s estates, trusts and conservatorships and is often appointed by the Connecticut Superior Court as a foreclosure committee t conduct foreclosure auctions of real estate.

Attorney Rubino served as an elected official in Stamford government for the 23 years. In 1985 he was elected to the Stamford Board of Representatives where he served for four consecutive terms from 1985 to 1993. On that board he was chosen to serve three terms as Minority Leader (1987-1993) and as Chairman of the Health and Protection Committee and Ethics Committee where he wrote and passed many revisions to the Stamford Code of Ethics. He also drafted and proposed the law creating the Stamford Economic Development Commission as well as other important legislation. He was elected as a member of the Stamford Board of Finance for three consecutive terms, serving from 1993 to 2005 where he served as chairman 1995 as well as chairman of the Education Committee of that Board. He was elected to the Stamford Board of Education in 2006 where he served as its Vice President and Chairman of the Facilities Committee of that Board. He currently serves pro bono as a volunteer foreclosure attorney in the Connecticut Superior Court volunteer foreclosure attorney program, giving free legal advice to homeowners facing the loss of their homes by foreclosure. Attorney Rubino was named to Connecticut Super Lawyers for 2018 and several prior years. He was recently named by Moffly Media as one of "The 200 Outstanding Lawyers in Fairfield County" in the area of Estate Planning. He currently serves as President of the Louis J. Casale, Jr. Charitable Foundation.  He lives in Stamford, Connecticut with his wife and two children.